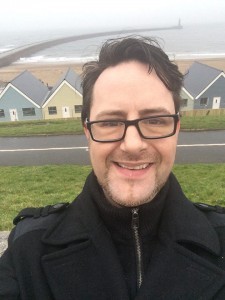 “Well my journey started around Christmas time in 2012; this is when I started to feel very ill and lost an awful lot of weight very fast. Even though I had a loss of appetite, was feeling nauseous/dizziness and generally under the weather I just got on with life thinking I had a flu or a bad cold.

On February 14th 2013, I collapsed in the shower and banged my head really hard. I was found unconscious by my flat mate at the time after he ended up knocking on the door as he was running late and needed the bathroom. He saw I was very drained and took me to the hospital.
I was rushed through Newham Hospital really quickly and many tests were done, including various blood tests. I will always remember it as if it was just yesterday when I was told, “you’ve got a disease called Leukaemia, Acute Lymphoblastic Leukaemia, cancer of the blood.” It was when she said the word ‘cancer’ that I felt numb and did not know what to do.

I was in and out of hospital for many months on a continuous regime of chemo and then on August 15th 2013, I had a Stem Cell Transplant. Although this treatment ‘knocked me for six’ and I was very sick I believe I was given a second chance and can never thank my unknown German donor enough!

During my recovery, since that fateful day, another special day will stick with me always  – the day when the Founder of Cancer Is A Drag contacted me on Facebook as he could see from my Facebook posts and comments that I was having a hard time and struggling financially. He spoke to me in a way that was not belittling but of great respect. He said that the charity could support me and offered me the opportunity to apply for a grant from them to help me cope with my daily living expenses and the fact that I was having to relocate to my original home, Scotland, as I could no longer afford to live in London and I needed to be near my family.

Cancer is a Drag and I have continued to stay in touch and I get regular updates on how this wonderful charity is going.

I have made a promise to myself that I really want to do something to help the charity and give some love back to others in need now that I’m in recovery. I am therefore planning to make a fun ‘Cooking with Pam’ dvd using my drag Alta Ego Pam Olive. I am also a keen painter and will be setting up an auction of my work for sale with all funds from both endeavours being donated to Cancer is a Drag to support them in the wonderful work they do.

Watch this space and please help us to help them help others like me!”

WE NEED YOUR HELP

Can you help other people like Steven? Donating is simple and easy to do